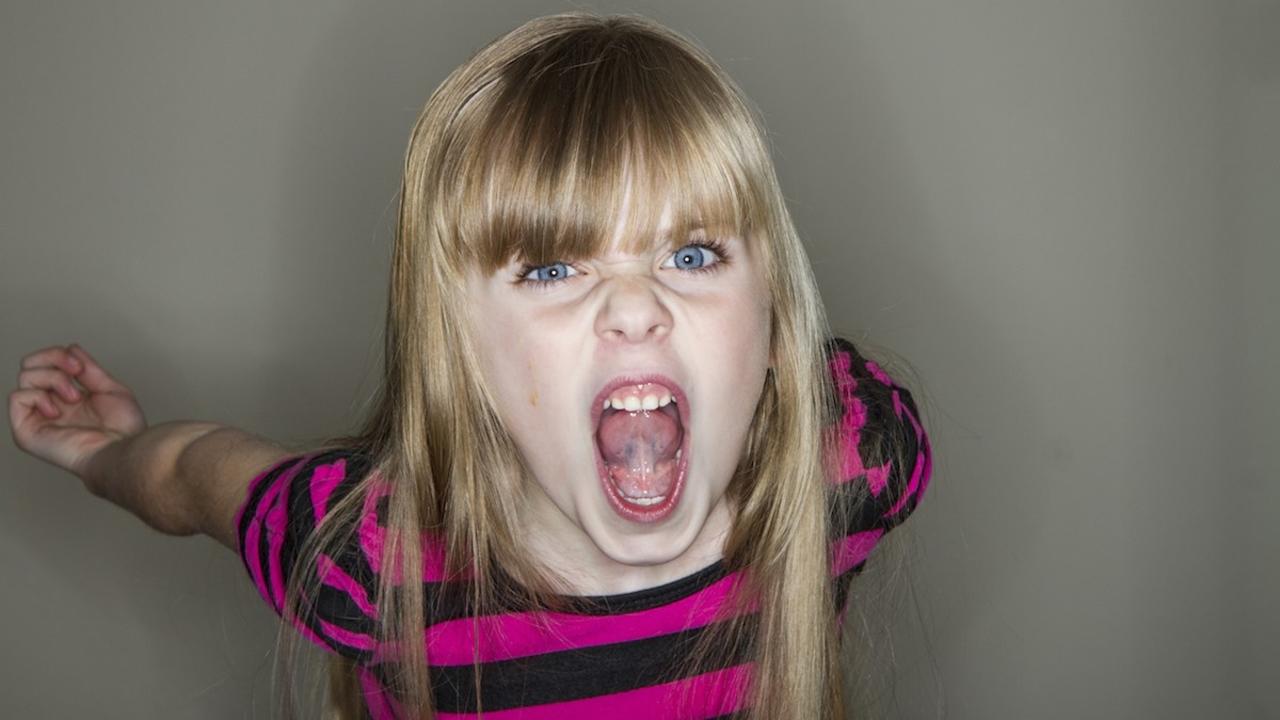 A couple of weeks ago, a mom whom I had the pleasure of working with years ago, wrote me about her daughter being bullied, and how she remembered the skills and the Hand in Hand tools she had learned in our class, and was able to handle it with tremendous insight and grace, thanks to this different way of thinking about parenting and our kids' behavior.
At first she found herself doing what so many of us do - something I call "behavior chasing." Her daughter had developed this habit of screaming a lot and she just wanted it to STOP.

Until she remembered... the behavior is just a marker.

A signal. A communication of a deeper need. She shifted her focus, and found the answers her family needed.
I loved her story so much, I asked her if she'd be willing to let us share her story on the podcast, and she also offered to write it up for you all.

My daughter 'P' has a shy and sweet demeanor, so this behavior was totally out of character. As a four-year-old in preschool, she was happy, confident, and never screamed. Two months before the screaming phase started, she had begun kindergarten at a new school. "Maybe it’s the transition to a new school?" I wondered, but that didn’t feel right.

Very quickly the screaming wore on my family’s nerves. P’s shrieking was disruptive and unpleasant. 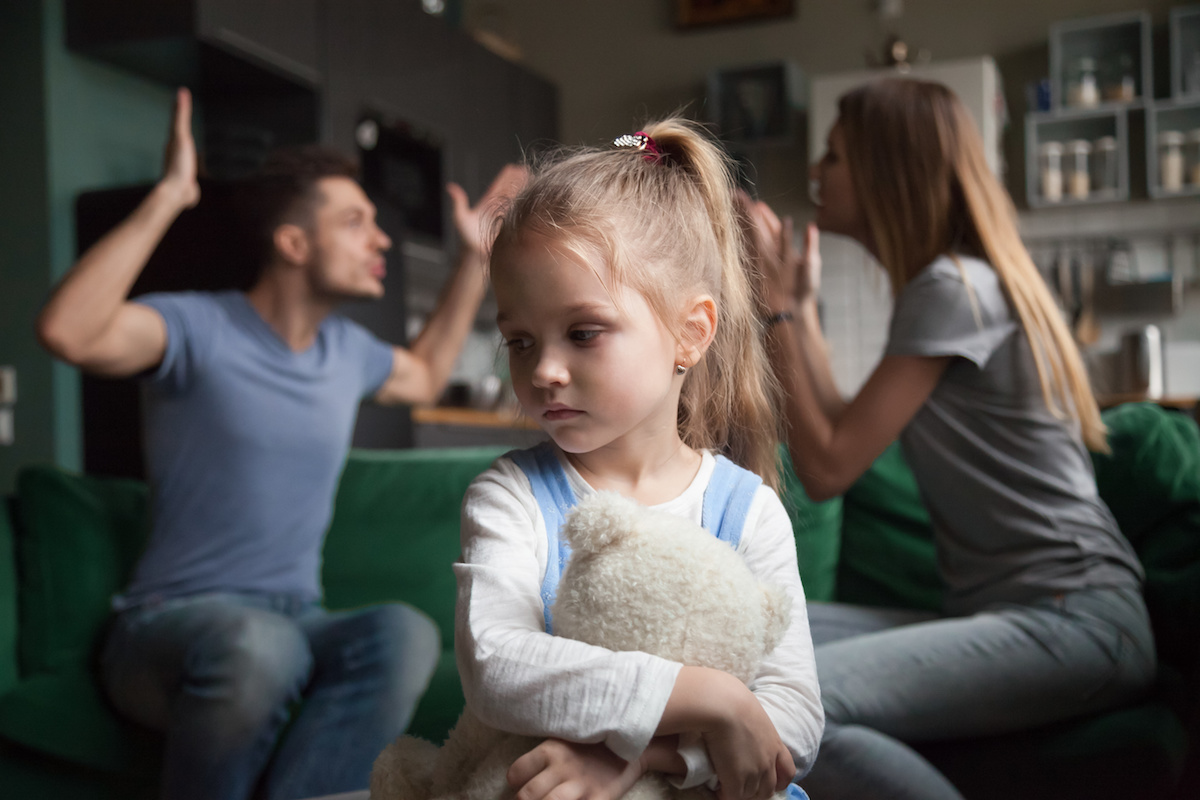 "How can I stop the yelling?" I thought, feeling panicked. "Should she see a psychologist?" I wondered.

Sometimes, out of desperation, my husband or I became stern with her, ordering that she “stop this screaming right now,” Whenever we did this, P would break down, wailing and convulsing in sobs. The only way I could soothe her was by holding her close to my chest and singing and rocking her like a baby. Eventually, this calmed her down, but I felt worried as to why a 5-year-old suddenly required frequent, baby-type soothing.

“I don’t want to go to school,” she began saying.

Around this time, I started listening to hand-in-hand podcasts after hearing about them from a friend. I had taken Abigail’s class several years ago, and had loved it, and felt it was a transformative way of thinking about parenting and life. But I had also forgotten the tools, and let them slip. One or two podcasts in, as I folded laundry, I realized that I had been asking the entirely wrong questions in focusing on P’s yelling, which was clearly a symptom of something bigger.

"Why is she yelling?" needed to be the most important question I asked. 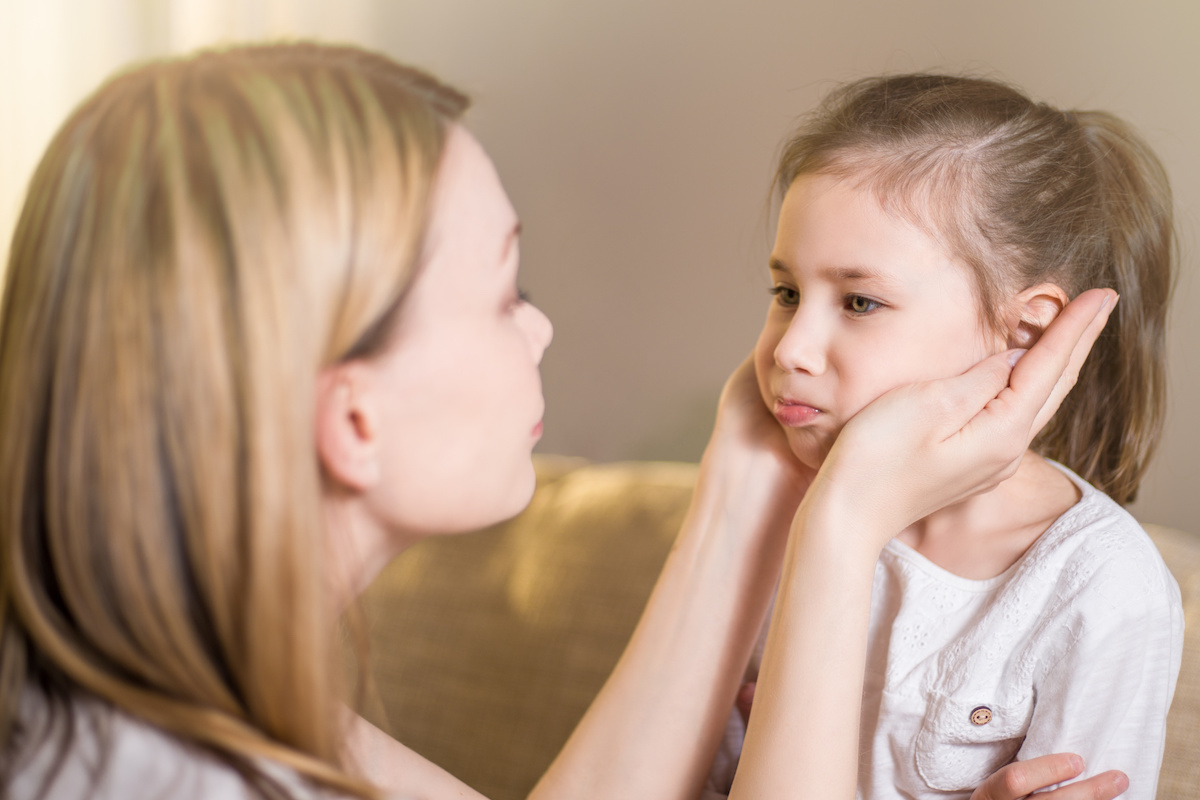 That's when I came in with lots of special time combined with play and stay listening. The first day, I did a long special time with P. That day she told me about a girl who was being mean at school, whom we will call 'S'.

P didn’t scream at all that night after we did that lengthy special time.

P and I usually do special time on the gymnastics rings in our garage. As she soars through the air, twirling and kicking, I sit on a bench and watch her. We talk about her day and tells me about how S gets really close to her and makes mean faces during lunch. Another day, she tells me that S put her hands over her hands while she was on the monkey bars, and that it hurt. Another day S pokes her in the back, between her shoulder bones, when they line up for lunch. Another day S tells other girls not to play with her. Another day she tickles P’s friend on the monkey bars, causing her to fall on her face, and laughs. 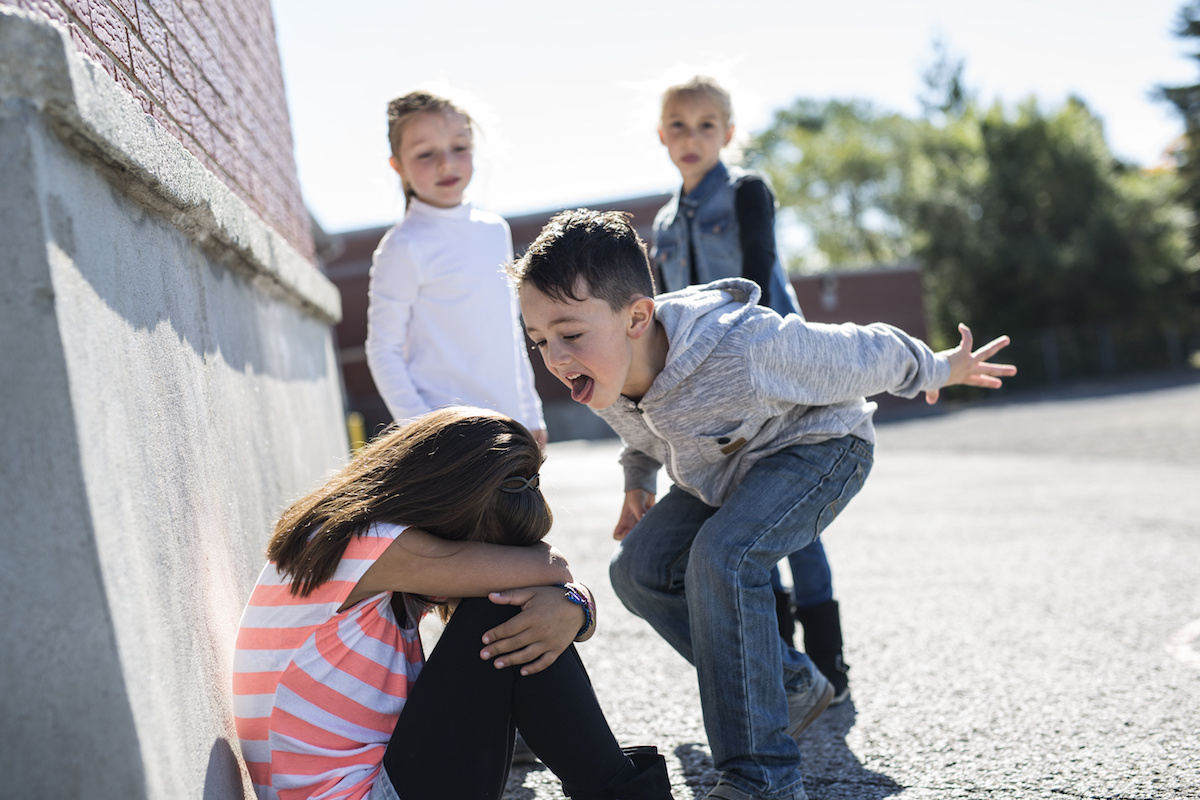 When the information first began tumbling out, I immediately contacted P’s teachers. She had been too scared to tell them. Only in special time did she tell me, and she only gave me snippets of information. I noticed that if I pried too much, or went on the warpath, she shut the topic down. So, I learned to be receptive and calm as she told me things. I would ask follow up questions only when I sensed she was okay with that.

Over the course of the next month, the school managed the situation with meetings between the two girls, meetings between me and the teacher, and meetings with the other child's family and the administration. I learned from other mothers that S had done similar things to other girls in the class, and that P was not the first to go through this.

As the school did periodic check-ins with my daughter to make sure she felt safe, I watched as P stopped screaming. I watched as she slowly regained her natural confidence and happy, independent demeanor. I watched as she no longer clung to my leg whimpering in the doorway of her classroom, but now raced inside. "S is nice to me now," she said one day. Then one day S put tape on her backpack. "I told Mr. T that S put tape on my backpack, and that I did not like it," P said matter-of-factly. I realized that she was finally starting to speak up for herself, and told her that, and that I was proud of her. Also, during this time, I realized she liked the rough, physical play. I noticed that during this active play, she made ugly faces, mimicking the faces S had once made at her. 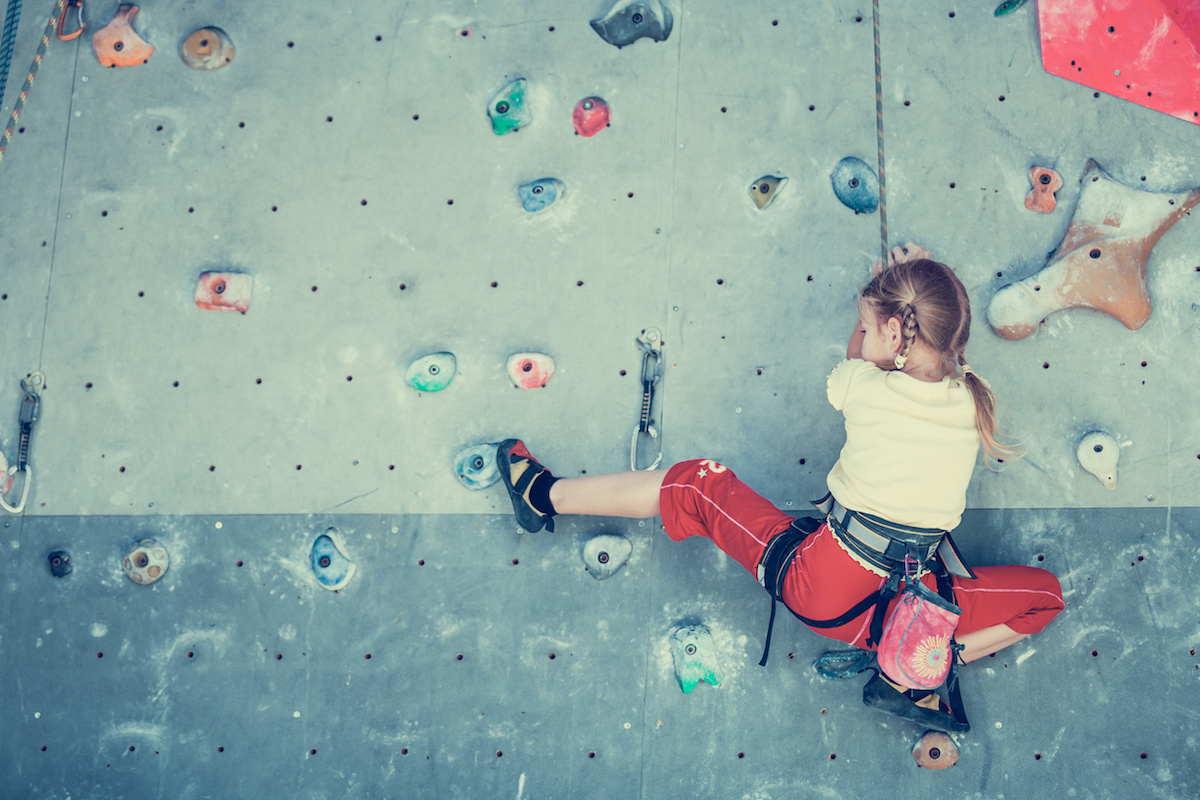 For the past two months, P has been happy, and back to her old self. In special time, I often hear about what's happening with the kids in her room. We also talk about other things.

During the period of her bullying, I learned several things about myself. I learned not to allow myself to get too triggered by the word "bully" and make S into a monster. A series of what I will call “mama bear alarm bells” had blared in my head when I first heard about S’s unkind acts, taking me back to mean girl happenings of my middle school. I panicked: I wanted to stamp out the bullying immediately. I wanted control because I felt I had no control. I felt myself detesting S.

But then I remembered S is a child, too, and one who is acting out from a place of hurt and powerlessness. I tried to sympathize with her rather than demonizing her. I also tamped down on another knee jerk instinct, which was the desire to force my daughter to stand up for herself--immediately, urgently, right now. I realized that it was not my job to force P to do anything, that this would only be depriving her of coming into her own on her own terms. It was my job to make space for her to grow, to love and to support her as she learned how to speak up for herself. It was my job to help her develop those skills over time. So I remained calm, trusted the school’s process, and checked in with my daughter through play and special time, staying connected to her, letting her know I was there. And eventually she did find her own way to speak up for herself. And that is hers to own."

I love this story. It epitomizes this works so beautifully.

First, we find ourselves on the receiving end of behavior we don't like. We resist the urge to react and instead build the skills to understand, listen and respect the behavior, even if we ultimately (and desperately) want to adjust it. Then we come up with a plan on how to use the tools. We experiment. We refine. We support the child's process as well as our own. We build empathy and skills for ALL involved. We connect and heal. We watch as the child builds skills that will serve them well beyond this current issue. And in the process we notice we too have stretched  and grown.

Brava, Nina! Thanks for sharing this personal essay of what it looked like in your family.

And for any of you thinking "I have no idea how to do this." Don't worry. Almost no one does, until they decide it's worth learning how to.

And it really is just a matter of learning how. First step? Reach out to me and share the behavior you're not liking. And then I will help you take each next right step along the way til you know how to do it on your own, even in the heat of the moment. :)

Sign up below and I will send you some. 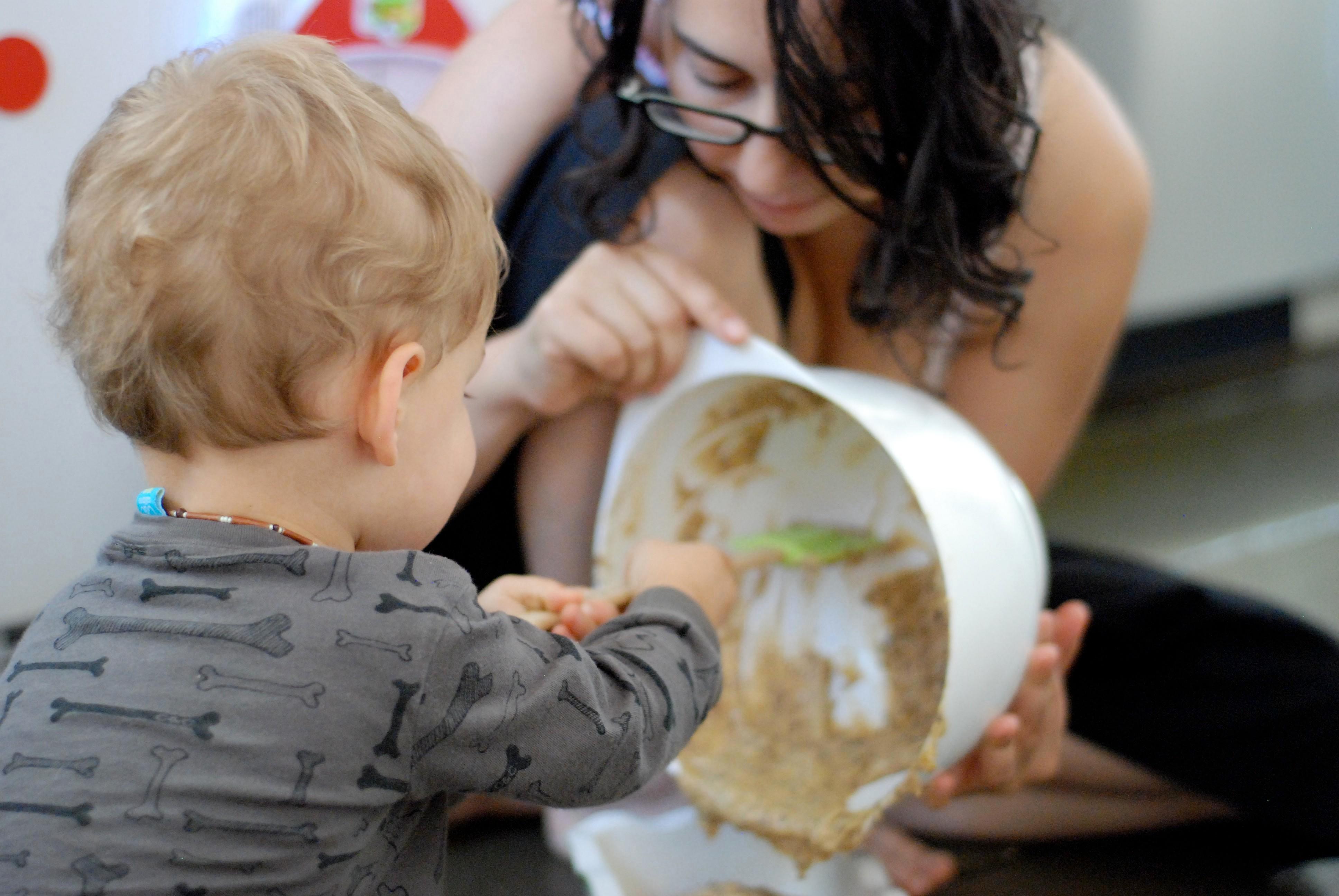 The most valuable gift I can give you

Grab My Class on Values (It's a mama fave, and it's free!) 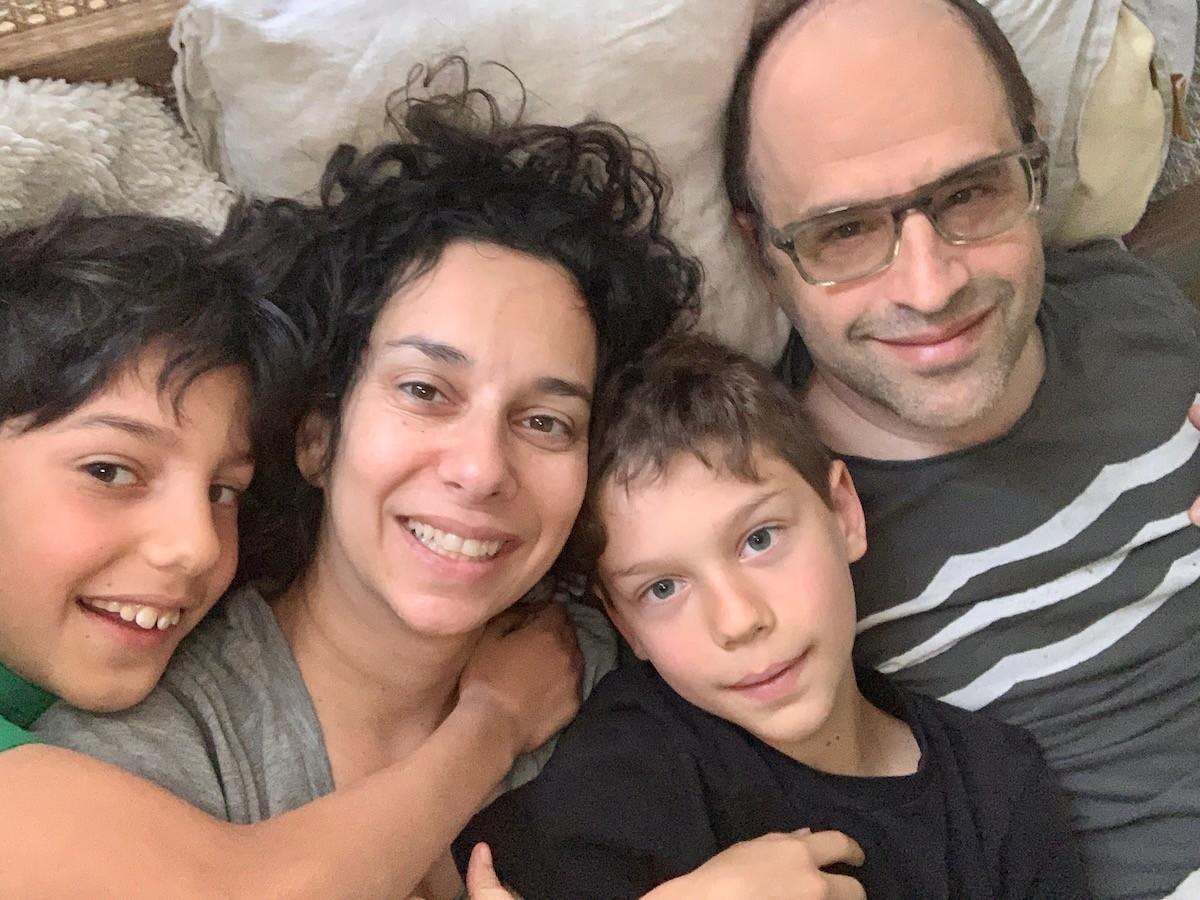 Want to know the question I have been obsessed with for the last ten years?

If parenting is so amazing (which it IS), then why is it that the experience of parenting so often sucks?

It took me years, but luckily I found an answer to this question. Phew.

Now I love my kids AND I actually love parenting them. (Most days.)

The Best Question to Ask When You Don't Like Your Kid's Behavior
Kid Behaving Badly? Use It to Your Advantage!
Healing from Trauma: Reframing Our Stories of Hurt 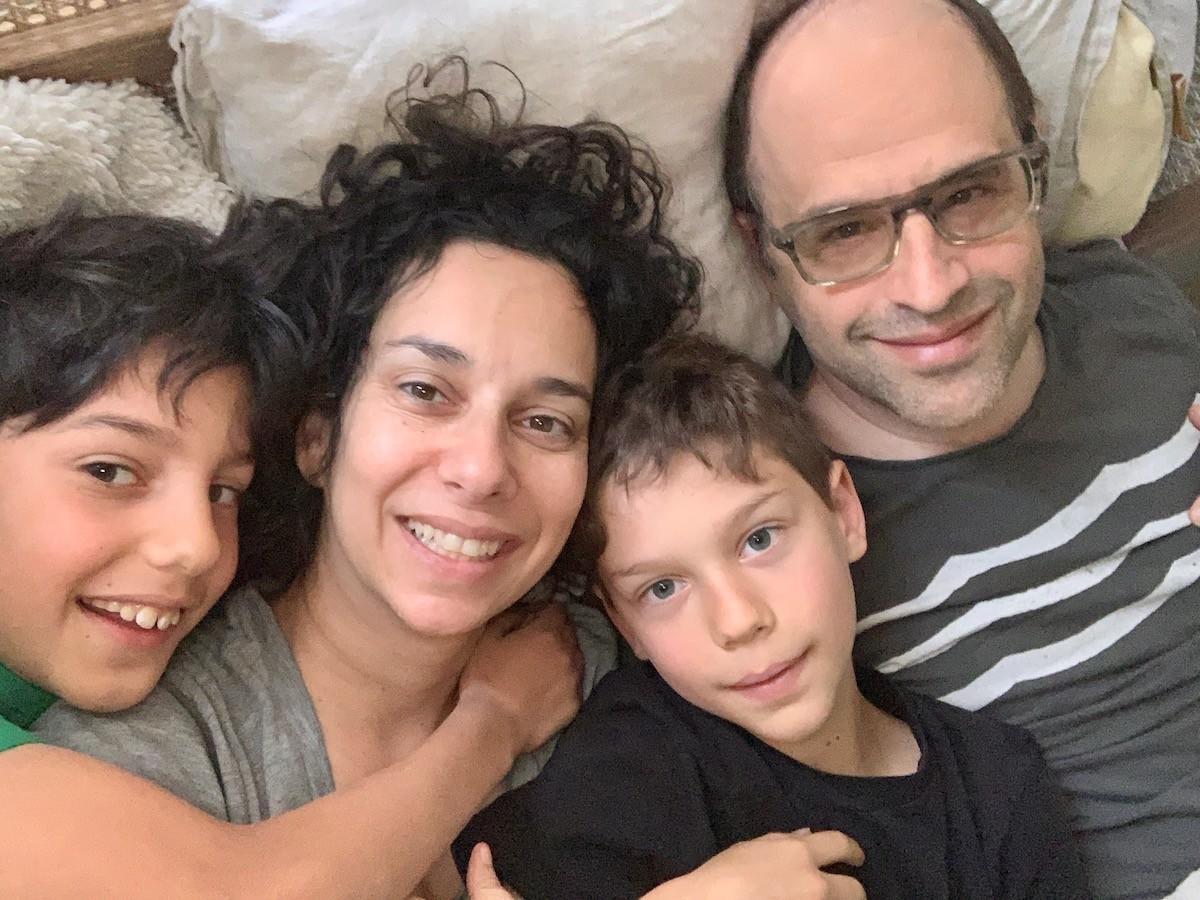 The most valuable gift I can give you

Grab My Class on Values (It's a mama fave and it's free!)
Close

Welcome. I send good things only.